Born during the second world war, Derby born Geoff Cook came from a musical family and his mother taught him to play the piano at an early age. He developed his musical talent in the 50s at Bemrose School but was banned from the school organ when he was caught playing inappropriate music. So, he joined a skiffle group formed by fellow pupils which led to him to becoming a key member of one of Derby’s first electrified Rock’n’Roll groups, The Skyliners, which supported Emile Ford when his nationwide package tour played Derby’s Gaumont cinema in the early 60s. From there on Geoff’s life yo-yoed between a successful career in construction as a Quantity Surveyor and spells playing professionally in local and nationally known Pop, R&B and Jazz influenced bands including The Trenniers, Shane Spencer and the Casuals, The Imps and highly acclaimed Hardware. Geoff’s journey through those heady days would see him playing alongside international artists and bands including Little Richard, Chuck Berry, Pink Floyd, Genesis, The Move, Fleetwood Mac, Alan Price and David Bowie. The book contains fascinating photograph and articles from Derby Telegraph Saturday Page journalists including Alan Smith, Roy Hollingworth and Richard Cox. It also reflects on how, despite his hectic journey through the music world, he is a devoted family man. 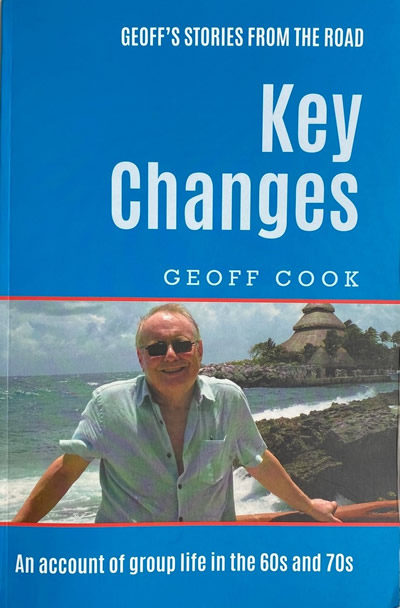