Rum & Coke captures the anxieties and aspirations of Joseph King, a typical teenager in a typical provincial town. Growing up as the shiny, new 60s dawned, promised more fun, excitement and opportunity than the war-scarred days of the 50s.

Joe leaves school and begins the rites of passage of a young man making his way. The important issues – work and play, love and sex, fashion and music, fear and danger – bring with them humour, but our hero is at odds with the opposite sex, his employers, local thugs and even the law.

Rum & Coke is based on all these emotions, with the rhythm and drive of revolving vinyl 45s and rocking dance halls running through like a thread.

Joe forms a band, and through music he is drawn into the twilight world of the West Indian community, where he meets the menace of the criminal McBride brothers.
He faces a romantic dilemma: Sheila, who fires his excitement and lust, even though she’s a class out of reach; and Julia, who offers comfort and security from his own side of the tracks. Choices, choices.

Joe’s life is in turmoil. His love life’s a mess, and the murderous McBride brothers, now on the police’s ‘Most Wanted’ list, are chasing him. 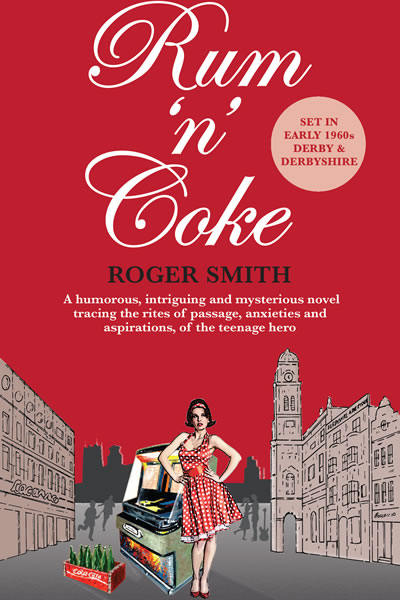