When The Stars Came To Town

This book chronicles over forty shows that visited Derby’s largest cinema between 1959 and 1966 and shares the memories of people who were there. It also presents a fascinating, previously unpublished, collection of photographs of some of these stars taken while of they were in the city.

These shows presented as many as a dozen International pop stars along with up-and-coming British artists – usually lower down on the bill. For example, one of the acts supporting the Everly Brothers, Little Richard and Bo Diddly at Derby’s Gaumont cinema on 11 October 1963 was the Rolling Stones who closed the first half. 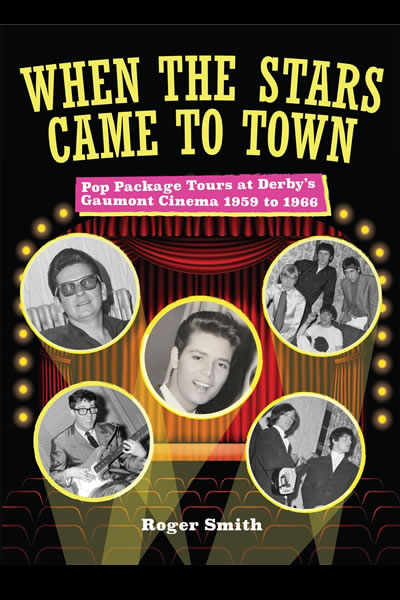